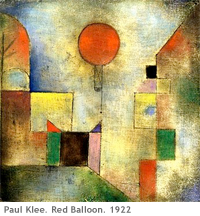 Why the mystery surrounding something that is so critical and of which we have such powerful examples in the last few decades.

So what does this mean to creativity in organizations? Since creativity is an emergent property of the organization system, then only certain ways of being can result in its emergence, and those ways have everything to do with the culture.

Creativity emerges in a culture that rewards original thinking, calculated risk taking and speaking up. People in a creative organization would be expected to play devil’s advocate and openly offer their ideas, and they would be rewarded for doing so.

No idea would be scoffed at or rejected without examination. The culture would be one in which learning from mistakes rather than punishing them is rewarded, because fear of making a mistake kills creativity. And most importantly top leaders would demonstrate this by publicly owning and learning from their mistakes.

If a company does these things, it doesn’t have to think about creativity; creativity will simply happen, it will be the property that emerges from the culture. And, no, it isn’t easy, but it can be done with enough commitment from leaders.