Sustainability: the New Way Forward for Organizations – Part 1 of 3 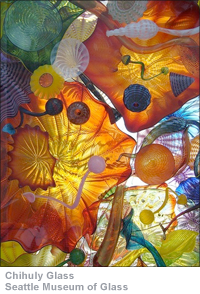 What is sustainability? Intuitively we know that if something is sustainable it can go on and on without adverse affects on the environment, the economy or ourselves.

Sustainability, we know, has something to do with working in such a way that the people, communities or the organizations involved always have what they need to keep on going. An entity can keep on going wiuthout adverse effects to any stakeholder. A very simple view of sustainability would be that the larger system does not act adversely on us and we don’t act adversely on the larger system. There is no right definition.

Ray Anderson, CEO and founder of the largest carpet company in the world, Interface, and named the world’s greenest CEO, defines it as, “Take nothing (that is not quickly renewable), and do no harm.” So, we get the sense of sustainability as the ability to go on and on.

Yet clearly the ability to go on and on is not a possibility with our current practices. UK Sustainability Commissioner, Tim Jackson views sustainability as “shared and lasting prosperity,” but he’s quick to say he’s not optimistic about the possibility of ever realizing it, since, in his view, we’ve cashed out our hope in favor of unfettered growth.

Writer Elisabet Sahtouris writes, “I see Capitalism as a pretty natural (in the sense of evolution biology) juvenile economic mode, acquisitive and creative, but believe it is high time to move into the mature cooperative mode if we want to survive current pileup of unprecedented crises.”

The notion of what sustainability is has shifted over that last half century. In 1962, Rachel Carson’s watershed work Silent Spring ushered in an era of growing environmental consciousness and “ecology” (now “green” became a household word.

Twenty years later physicist and systems thinker, Fritjof Capra, wrote The Turning Point a book that looked not merely at ecology but also at the relationship among technology, economics and the environment.

Lately, we have come to realize that the kind of sustainability required going forward involves even more. While a large part of the model still involves the environment, it equally involves a redefinition of our prevailing economic models, as well as social development including a new understanding of non-sustainable social conditions including poverty, disease and slavery.

We need to redefine the economy, because the current system based on growth and consumption presupposes an earth of unlimited natural resources and ability to absorb waste, and the consumers’ capacity to pay for it through a reduction in their ability to live satisfying healthy lives.

In 1972 Bhutan led the charge on the redefinition of “economy”, when the king of that tiny Himalayan nation declared that gross national product would no longer be the defining factor for prosperity of the country, rather that prosperity would be defined by Gross National Happiness, the measure to which the needs of the people were being met. Social development becomes a sustainability issue as sub-standard living conditions lead to social unrest, violence and pandemics.

Thus the contemporary view of sustainability is built on three pillars: the environment, the economy, and social justice.

Tomorrow in Part 2, I’ll discuss how this new view of sustainability relates to organizations.