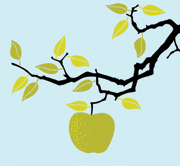 Recently I had the opportunity to participate in a focus group being held to test public acceptance of a proposed initiative for the California ballot. We weren’t told specifically what was being tested or what position the initiative would take, just that it had to do with health care reform and what part government should play. The facilitator was skilled at building a discussion without forwarding any particular point of view, so the conversation was lively and relatively unguarded.

As the conversation went from a general what’s-on-your-mind these days to health care, the participants began to tell their own health care stories. The surgeon’s wife told of how her husband retired because the pittance the health insurance companies paid him was barely enough to keep his office door open. The man whose wife had chronic serious health issues told of battling END_OF_DOCUMENT_TOKEN_TO_BE_REPLACED