Miracle on Manchester: How Success Betrays Us

In 1982 the Kings finally made it to the playoffs. This was not particularly momentous since the Kings had made it to the playoffs the four preceding years, just to be eliminated in the first round. In spite of that, the Kings were my team and I loved them. Yet these days I often felt like a jilted lover as they regularly botched easy shots and lost games to lower ranked teams.

They hadn’t always been this way. In the ’70s they held their own, and they even had a decent enough 80-81 season. But then in ’81-’82 they took a nose dive. Their total goals were well below the NHL average and when it came to preventing goals, it sometimes looked as though they were playing for the other team.

Third Game of the First Round

This was third game of the first round 1982 playoffs: Edmonton Oilers led, by the greatest of the greats, Wayne Gretsky, against the Kings. In light of the Kings recent record, it was understandable that the Oilers, and just about everyone else, expected an easy win for the Oilers.

The game went as expected; the score at the end of the second period was Oilers – 5, Kings – 0. Before the Zamboni had finished half the ice, the stands were half empty. Clearly there wasn’t much interest in witnessing the final humiliation.

Wayne Gretsky in an Interview

Sometime later Wayne Gretsky acknowledged that in the Oilers locker room that night after the second period they made fun of the Kings. Not for a single instant did they doubt that they knew exactly how the Kings would play the final period or that the game would end in an Oilers’ victory.

Why the Oilers Strategy Failed

Let me back up here and say something about the Kings’ strategy. The Kings had been successful in the ’70s using a conservative defensive strategy, based on preventing opponent goals in low scoring games. 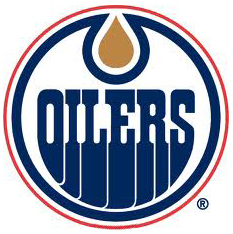 As people tend to do, they held tight to their winning model never questioning it as time went on.

The beginning to the ’80s saw a shift in the game. The times were changing, as they inevitable do, but the Kings didn’t notice. The game turned fast and offensive, and the Kings seemed unable to adapt. That night in April, 1982 the Kings were again working their obsolete strategy, and it was bringing them ruin.

Back in their locker room, the Oilers were cocky and laughing, and vowing to stick to their strategy. They were ahead five goals, an impossible number to make up, especially by the Kings. Believing they had nothing to lose they decided to continue playing fast and risky, concentrating on racking up as many goals as possible, rather than preventing the Kings from scoring.

In the Kings’ locker room, desperation opened the way to insight: they would finally change their thinking and their strategy. Banking on the notion that the Oilers, certain of their win, would continue with their strategy of favoring goals over blocking , the Kings decided that in the next period they would concentrate on scoring, but they would do it in a focused, methodical way, making each move count.

The Oilers Never Saw it Coming

Another intermission. No one left the stands. Then history was made. Two minutes and 35 seconds into overtime the Kings scored. The game was won in what has been call the single greatest moment in Stanley Cup history.

The Thinking Behind the Strategy

This game has been analyzed many times from many different perspectives.

For me the most interesting perspective has to do with the thinKing that went behind this game, the thinking of the Kings and of the Oilers. The Kings were so mired in their beliefs about the strategy that had brought them victory in the 70s, that even in the light of their spectacular under-performance in the 80s, they never questioned it, not until that night in 1982.

It Cost the Oilers the Game

Both teams were so betrayed by their successful strategy that they didn’t bother to question the thinking or assumptions behind it. Fortunately for the Kings, in the kind of breathtaking inspiration that comes out of desperation they did break through and won the game.

I was there that night, and I did not desert my Kings. This time they rewarded my love.

Besides the Oilers, the losers were Jerry Buss, who assumed the Kings’ loss and went home and those spectators who decided en masse that there was nothing more to be seen and left before the dazzling third period.

If you have any questions about critical and strategic thinking please send me a note from our contact page or email me at ADavid[at]theveritasgroup.com.